I am an attorney, author and consultant on employment discrimination. 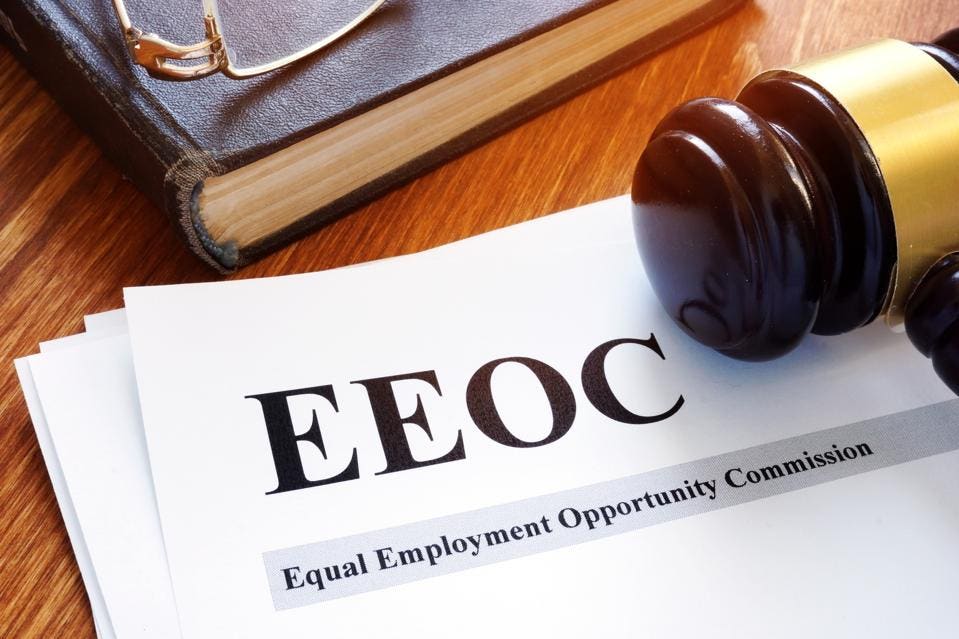 The Equal Employment Opportunity Commission (EEOC) is tasked by the U.S. Congress with enforcing federal laws that prohibit workplace discrimination but a recent analysis of EEOC complaints from 1997 to 2018 demonstrates how little the EEOC actually does with respect to enforcing those laws.

The analysis was conducted by Paychex, Inc., a Rochester, NY – based company that provides payroll, human resource, and benefit outsourcing services to small and medium sized businesses.

Does the formula devised by Congress fifty years ago, when it passed Title VII of the Civil Rights Act and the Age Discrimination in Employment Act,  actually work ?

How can the EEOC be seen to encourage employers to comply with federal discrimination laws when it imposes so few sanctions upon employers that violate the law?

But the problem goes deeper. Once the EEOC has determined there is no reasonable cause for discrimination, the EEOC sends complainants a “right to sue” letter.  By that time, many workers are  disillusioned by the EEOC’s dismissive handling of their complaint and considerable time has lapsed since the discriminatory event.  The EEOC’s administrative process  may actually discourage workers from taking discriminatory employers to court.

The 21-year-retrospective of EEOC complaint handling ultimately raises a question about whether the “system” is working to protect discrimination victims or is it, instead, helping to shield discriminatory employers from the consequences of violating federal civil rights laws?

Requests for comment on this article from the EEOC and EEOC Commissioner Janet Dhillon went unanswered.

It has been noted the EEOC has had the same budget, when adjusted for inflation,  since 1980. The EEOC received an additional $16 million from Congress last year due to an increase in sexual harassment complaints stemming from the “#Me Too” movement.  However, it is clear that Congress has failed to provide sufficient funding and oversight of the EEOC to promote fair and effective enforcement of America’s civil rights laws.

The Paychex analysis sheds light on other aspects of the EEOC complaint process. For example, Paychex found regional variations in complaint filings, with the South leading the way. Complaints of discrimination and bias in the workplace were highest in Alabama (62.2 complaints per 100,000 residents), Mississippi (60.8), Arkansas (51.7), and Georgia (50.3).  The states with the fewest discrimination complaints were Maine (2.5), Montana (2.6), New Hampshire (4) and Nebraska (4.3).

Bryan A. Chapman is a civil rights attorney specializing in employment discrimination.